← back to
Cumbancha
Get fresh music recommendations delivered to your inbox every Friday.
We've updated our Terms of Use. You can review the changes here. 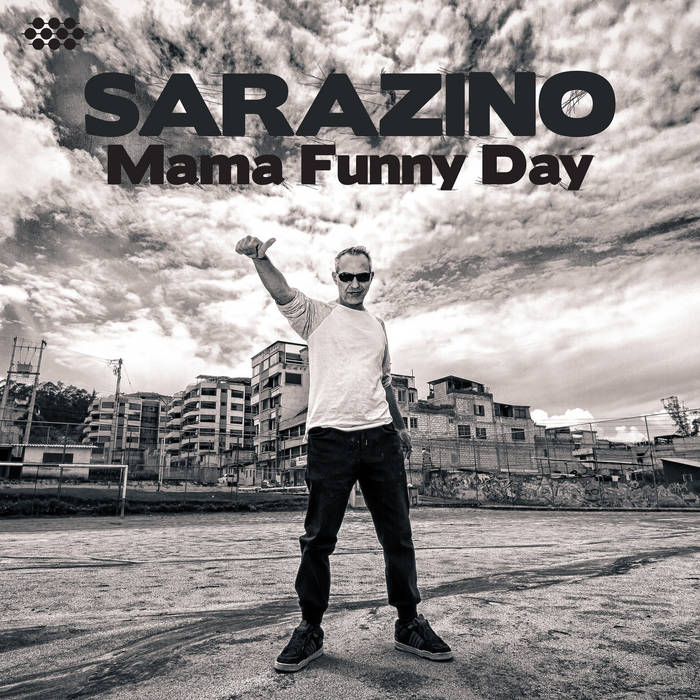 Sarazino’s third album on Cumbancha, Mama Funny Day, blends elements of Latin reggae, African hip-hop and pan-global pop to create a universally appealing sound. Originally from Algeria, raised in Burkina Faso, Burundi, Spain, Switzerland and Montreal, and based for many years now in Ecuador, Sarazino is a quintessential globetrotter in his life and music.

One standout track on Mama Funny Day is “Frente Latina”, which calls for freedom of the press and the importance of information in an open and democratic society. The song was produced in partnership with WikiLeaks and features the voice of that organization’s controversial leader Julian Assange, who has been holed up in the Ecuadorian embassy in London for over six years. The song also features singer Liliana Saumet of Bomba Estereo, one of Colombia’s best-known bands on the international scene.

The album’s first single, “Is There A Place”, is accompanied by an epic video blending images from Cape Town, South Africa and Quito, Ecuador. (Watch the video here: youtu.be/TfYK-KqFu2E) Sung in English and Spanish, lead vocal duties are shared by Sarazino and Zolani Mahola, whose group Freshlyground is one of South Africa’s most iconic bands.

On September 28, 2018, Sarazino released his third album on Cumbancha, Mama Funny Day, which features many guest appearances by artists from all over the globe and continues Sarazino’s mission to use music to bring the world together. Sarazino is anything if not prolific, and with a total of 15 songs, Mama Funny Day offers a satisfying collection of new material from this appealing, boundary-crossing artist.

Sarazino is the brainchild of Lamine Fellah, a musician, songwriter and producer whose nomadic life is reflected in the multicultural influences in his songs. Fellah is a true child of a globalized world and Sarazino’s music draws on reggae, Latin and African grooves, Arabic music and catchy, international pop to create an upbeat celebration of the diverse world we all share. ... more

Bandcamp Daily  your guide to the world of Bandcamp